And so, another video from the front. Spirit of the Gift, Wartime Edition. Ukrainian troops have not surrendered and have (thus far) resisted provocations to open hostilities. That means they are besieged on their own bases across Crimea, guarded by guys in full battle gear. This quickly raised questions about how they’re getting provisions, here’s one answer from Bakhchisarai, Crimea, Ukraine. (The clip was uploaded to Facebook by the driver, and reloaded to YouTube by the organized opposition in Kyiv, the Euromaidan.) 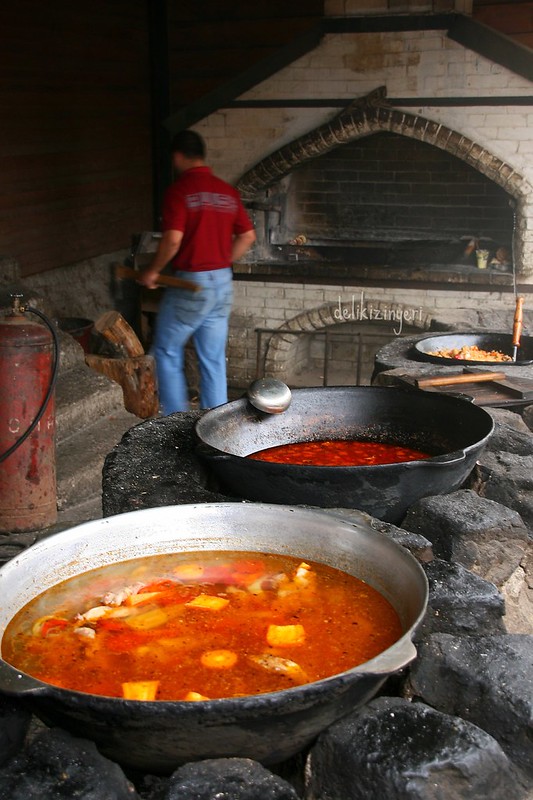 The people in this video are local Crimean Tatar residents of the town around a Ukrainian base. The Crimean Tatars invite Russian soldiers guarding the gate to search their minivan first. You’ll hear several things from the Crimean Tatars to the Ukrainian troops: “The most important thing to remember is, the people are with you” [samoe glavno pomnit’, narod s vami]; “it’s hot” [goryachiy]; “Glory to Ukraine” [Slava Ukraine]. As they drive away, their commentary about the Ukrainian troops is, “Patriots. Those are guys who never violated their oath.” On the next corner, they see another group from a truck provisioning another band of soldiers. They comment, “Those are our guys. [Nashi],” and then, out the window of the truck, they invoke the call-and-response chant of Kyiv Euromaidan protesters, “Glory to Ukraine. [Slava Ukraini.] ” In response, out of our earshot, they apparently hear the patterned response “Glory to the heroes [Heroyam slava.]” The heroes, here, would be them. It cracks them up.

The Crimean Tatars also gently tease the Russian soldiers, reminding them that in a press conference earlier that day Putin had officially disassociated himself and his government from any troops on Crimean soil. “Your president has denied you.” The Russian occupation troops have a new nickname: “You are now little green men,” say the Tatars, stranded on a foreign planet.

One thing that’s remarkable to me here in this performance of local attentiveness is the co-performance of remote attentiveness, for example how attentively the Tatars had tuned in Putin’s press conference earlier the same day.  Performance and performativity are not such difference genres in certain productions of authority. (And yet again with my gloss on Bakhtin.) Another thing, even more remarkable, is the low-key reasonableness with which all three parties in the video are approaching the situation. That includes the Russian troops, who allow a minivan full of Muslim men (Crimean Tatars are Muslim by religious tradition) to pull right up.

Monica Eppinger is an Assistant Professor at the Saint Louis University College of Law. She has extensive experience in diplomacy, serving nine years as a diplomat in the U.S. Foreign Service with tours of duty at the U.S. Consulate General in Kaduna, Nigeria; U.S. Embassy, Kiev, Ukraine; and at the State Department in Washington, D.C. where her responsibilities included policy in the former Soviet Union, Caspian basin energy development, and West African security. Her research concentrates on sovereignty and selfhood. Her main areas of expertise include property, national security, and international law.

4 thoughts on “Spirit of the Gift, wartime edition”