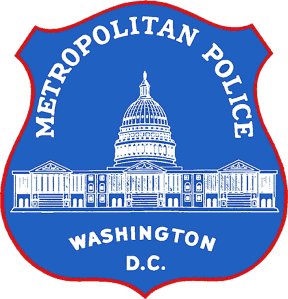 Smile, you’re on camera!…or you will be soon. Police badge cameras have already debuted in several jurisdictions across the US including those in Florida and (soon) Washington, DC.

“The flow is not one way, (defense) institutions also return home transformed,” writes Stuart Schrader in his post Police Empire. Stuart helped us kick-off the month of September, picking up again with the theme of police militarization. Perhaps a surprise for many to learn, Stuart discusses how militarization and “blurred” policing boundaries are hardly novel developments. Though these topics reached an apex shortly after the death of Michael Brown, the tendency of police to apply foreign tactics in home territories has been happening for several decades.

Sasha Goldstein of the New York Daily News continued the militarization thread with the story of a Texas man who was shot by police recently at a Texas truck stop. Though some officers were armed with AR-15s, more attention was gained by the (now notorious) “fist bump” exchanged between two officers. The move was caught on video following the shooting. Despite being armed with a non-lethal BB gun, the man reportedly raised the replica and pointed it at officers before they open fired.

Between police militarization and never-ending streams about officer use of force, many are wondering what if anything is being done to ensure the effective monitoring of police in the field. If you are among those scratching their heads, be sure to catch NPR’s feature “Can Body Cameras Civilize Police Encounters?” Where the benefits of badge cameras are easily perceived by the public, the lesser-known “cons” (and implementation difficulties) are often overlooked. In addition to Ferguson, officers in several jurisdictions (including Florida and soon, Washington, DC) are already adopting the technology.

David Greene wins this week for favorite “off beat topic of September-so-far,” covering the mandate for NYPD officers to attend social media 101 training. In case you forgot, the reason behind the training stems back to the April 2014 twitter campaign disaster, #myNYPD.

And last but so-not-least, the folks at Anthropoliteia were pleased to offer not one but two new posts for your reading pleasure. The first, A new grammar of public security in Brazil, was featured September 1st in our Book Reviews section. Daniel Silva reviews Paulo Mesquita Neto’s “Essays on Civilian Security” (2011). We also welcomed back In the Journals, which offers a bi-monthly rundown of recent academic publications. Be sure to check out August’s highlights!