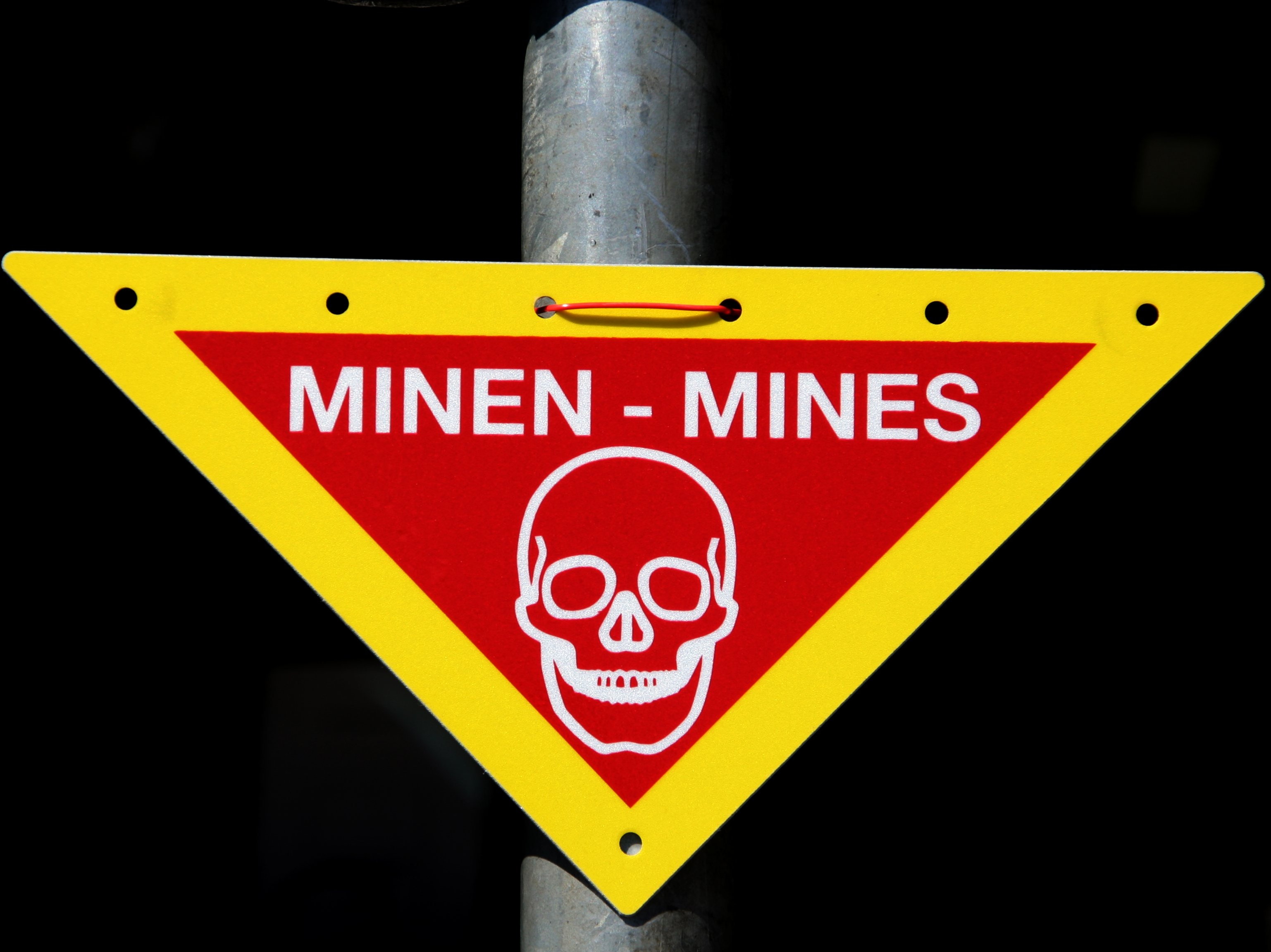 Summer is here and that means that most of us will no doubt be undertaking fieldwork of some sort. But fear not, as we here at In the Journals will continue to provide monthly round-ups of the latest articles regarding surveillance, governance, and policing for the entirety of the summer.

The May issue of Cultural Anthropology features a fascinating article by Eleana J. Kim entitled ‘TOWARD AN ANTHROPOLOGY OF LANDMINES: Rogue Infrastructure and Military Waste in the Korean DMZ’. Drawing on research in the borderlands of South Korea near the Korean Demilitarized Zone, Kim analyzes the heterogeneous life of landmines in postconflict militarized ecologies. Humanitarian narratives typically frame the remaining mines as the deadly remnants of war, and this aligns with postcolonial critiques that frames landmines as traces of imperial power and ongoing violence. Given that landmines and other unexploded ordinance can remain live for up to a hundred years, Kim argues that both mines and minefields become infrastructural when their distributed agency is redistributed over time, bringing into view nonhuman agencies and affordances that might otherwise go undetected in humanitarian or postcolonial critiques. Kim offers the framework of rogue infrastructure to capture the volatile materiality of mines and their multiple natural, cultural, technical, and political entanglements with the humans who exist alongside them.

Antipode has luckily provided us with an early view of Melissa W. Wright’s upcoming article ‘Epistemological Ignorances and Fighting for the Disappeared: Lessons from Mexico’. Social justice struggles across the Americas have, over the last half century, transformed the urban areas of this region into international staging grounds for protesting the global devastation wrought by capitalist exploitation, state terror and social hatred. Wright maintains that there is much to learn for struggles against this triangulation in other parts of the world. In particular, through a discussion of how contemporary activism in Mexico against feminicidio, drug wars and brutal repression draws from a long legacy of protest across the Americas, the author illustrates the relevance for other places as people fight a cruel modernity that evolves through terror, profit and hatred. Critical geography has long contributed to exposing these connections and can still deepen its commitments to mapping the landscapes of the growing populations of disappeared and marginalized peoples in Mexico and elsewhere.

Jennifer Mitzen’s article ‘Security Communities and the Unthinkabilities of War’ from the upcoming May issue of Annual Review of Political Science explores the scholarship on security communities, which she claims often invokes a common goal: for war to become unthinkable. Unthinkable here means impossible, and states are considered to be most secure when war is unthinkable between them. Interestingly, the term unthinkable appears in policy discourse with nearly the opposite meaning, referring to wars that are eminently possible but horrifying to contemplate, such as war with a nuclear Iran. Taking this discrepancy as my starting point, Mitzen proposes that the social phenomenon of unthinkability is not well understood and that a deeper understanding of it can point toward new directions for research on security communities. She further conceptualizes ‘unthinkability’ along two dimensions, empirical availability and normative acceptability, combining these to create four distinct types of unthinkability. Mitzen then uses this typology as a heuristic device in order to identify research directions on security communities and on the phenomenon of unthinkable war.

The June issue of New Media & Society features an article by Petra Saskia Bayerl and Lachezar Stoynov entitled ‘Revenge by photoshop: Memefying police acts in the public dialogue about injustice’. In the article, Bayerl and Stoynov explore their interest in the role digital memes in the form of pictures play in the framing of public discourses about police injustice and what it is that makes memes successful in this process. In order to do so, Bayerl and Stoynov explore and narrate the story of one particular meme: the ‘pepper-spray cop’. In their analysis, the authors link the creation and spread of the meme to the democratization of online activism and the subversive acts of hierarchical sousveillance. Based on their findings, Bayerl and Stoynov further discuss features of the meme and the process linked to its initiation, rapid spread and disappearance as vital for the success of visual memes in the context of online protests.

In the last months of 2014, many Americans were reminded of the sad truth that policing can be brutal and that black bodies and black lives are often the targets of that brutality. The most recent issue of Law, Culture and the Humanities features an article by Daniel Farbman entitled ‘“It is Not an Era of Repose”: How the Legal System Personalizes Injustice and Sparks Protest’ that explores this injustice. In Staten Island and in Ferguson (and elsewhere), images of young black men killed by the police generated a thrum of anger. While there were people in the streets protesting the killing of Eric Garner and Michael Brown, these early protests were local, and the protesters were mostly committed activists or members of the impacted (largely black) community. The protests did not jump these limits to become national until the sympathetic bystanders saw that the officers in Missouri and New York were not indicted. Brutality was tragic, the failure to “do justice” was an outrage. This article by Daniel Farbman places this observation in a historical context by looking back at similar dynamics across the last two centuries. What emerges is a genealogy that links the swelling protests in 2014 to moments of broader outrage throughout the historical struggle for racial justice. Again and again, where allies stood on the sidelines silently condemning violence, it was the spectacle of the legal system – their legal system – acting unjustly that sparked action. Providing a social analysis of the event, and a historical genealogy, Farbman explores these protests in a manner previously only discussed in a somewhat limited manner.

As per usual, here are a handful of book reviews included in several journals that we think would be of great interest to our readers. First, the upcoming June issue of Law, Culture and the Humanities features Leonard C. Feldman’s review of Andrew Dilts’ book Punishment and Inclusion: Race, Membership and the Limits of American Liberalism. The International Criminal Justice Review has included Nina H. B. Jørgensen’s review of J.D. Ciorciari and A. Hendel’s Hybrid justice, the extraordinary chambers in the courts of Cambodia. Finally, Qualitative Research has published a review of Didier Fassin’s Enforcing Order: An Ethnography of Urban Policing by Jan Beek.

As always, we welcome your feedback. If you have any suggestions for journals we should be keeping tabs on for this feature, or if you want to call our attention to a specific issue or article, send an email to anthropoliteia@gmail.com with the words “In the Journals” in the subject header.