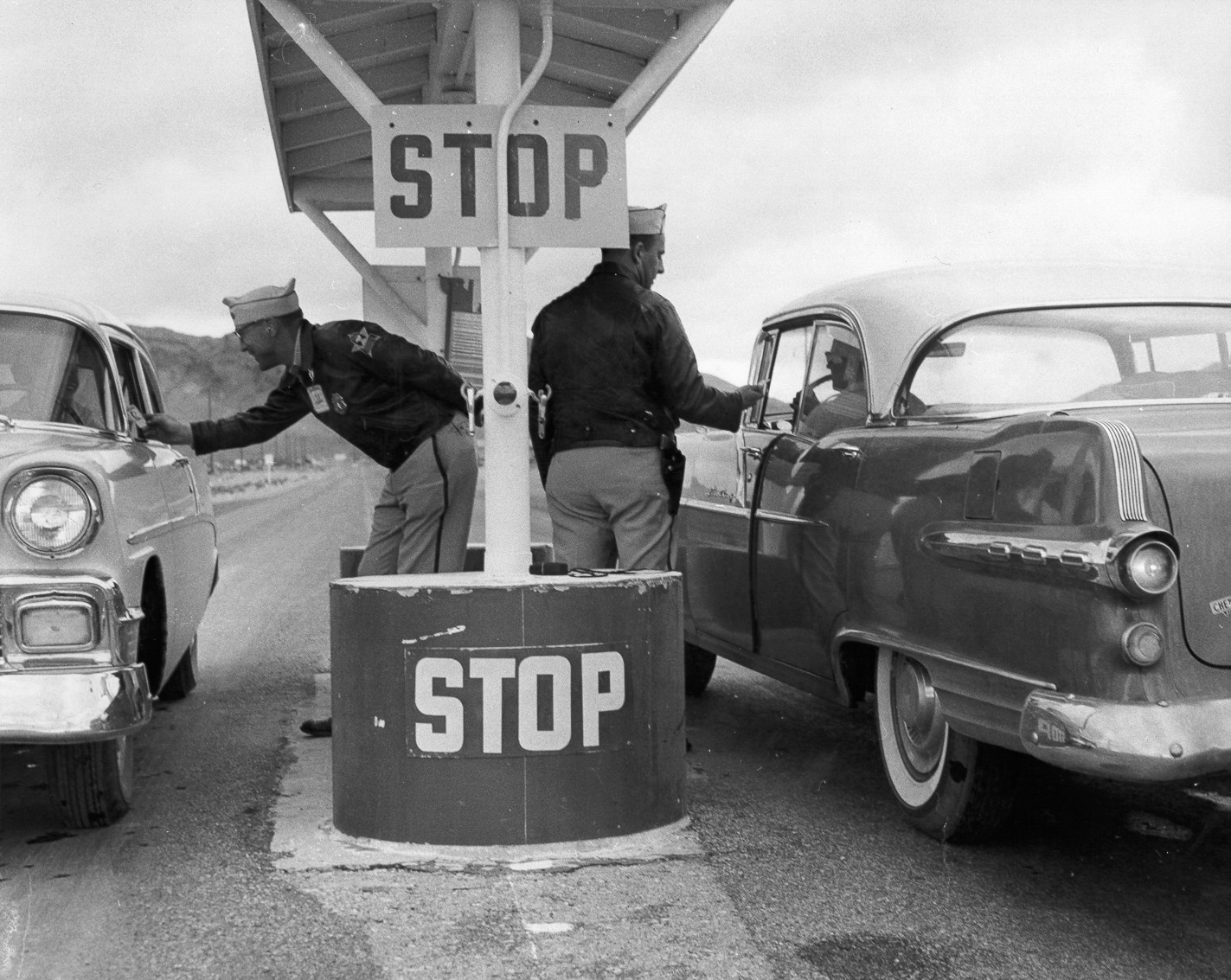 Welcome back to In the Journals, our monthly recap of recent publications regarding security, law, crime, and governance.

The upcoming April edition of Security Dialogue features a fantastic article by Luca Mavelli entitled ‘Governing uncertainty in a secular age: Rationalities of violence, theodicy and torture’. The article explores the problem of governing uncertainty in a secular age by focusing on the theological notion of ‘theodicy’ as the underlying rationale for the use of torture in the so-called ‘war on terror’. Drawing on Max Weber, Mavelli discusses how the problem of theodicy – how to reconcile the existence of God with the presence of evil in the world – does not disappear in the secular age but rather is explicitly mobilized through a Foucauldian biopolitical logic. Mavelli expresses that with God’s departure from the world, the problem of uncertainty acquires new salience as human beings can no longer explain tragic events as part of a transcendent order and must find immanent causes for the ‘evils’ that surround them. Through a comparison with medieval practices and focusing on the cases of Guantanamo and Abu Ghraib, the article shows how secular torture is the product of a biopolitical theodicy aimed at governing uncertainty through the construction of the tortured as immanent evils who threaten our ‘good life’ and ‘deserve’ their treatment. Mavelli further argues that secular theodicy turns torture into an extreme form of governmentality of uncertainty in which the disciplining of conduct becomes the construction of subjectivities based on essentialist, stereotypical and racist – and for these very reasons, reassuring – economies of knowledge.

The same edition features an enthralling article by Polly Pallister-Wilkins titled ‘How walls do work: Security barriers as devices of interruption and data capture’. The author poses the following question: What do security barriers do beyond blockading or demarcating territory? Arguing for an understanding of security barriers as sociotechnical devices. It argues for a rearticulation of security barriers as more than territorial technologies or the products and producers of sovereign power, the article advances the discussion of security barriers beyond what can be thought of as a ‘geopolitics of security’, where the referent object is territory, and asks that we also consider how they work with mobility as productive devices to govern people in a variety of ways. Through an analysis of the fences of Ceuta and Melilla, the barriers of Israel’s occupation of the Palestinians, and the US counterinsurgency fence in Falluja, the author posits that security barriers be understood as products of particular modes of government and producers of particular populations through their ability to perform interruptions and capture data.

Published in the online early view of the upcoming issue of Antipode, Sara Safranksy’s article entitled ‘Rethinking Land Struggle in the Postindustrial City’ explores the racial and cultural politics of land and property and their centrality to urban struggle. The article does so through an analysis of land struggles in Detroit, where over 100,000 parcels of land are classified as “vacant”. Since 2010, planners and government officials have been developing controversial plans to ruralize Detroit’s “vacant” neighborhoods as part of a program of fiscal austerity, reigniting old questions of racialized dispossession, sovereignty, and struggles for liberation. Safranksy also analyzes these contentious politics by examining disputes over a white businessman’s proposal to build the world’s largest urban forest in the center of a Black majority city. Focusing on how residents, urban farmers, and community activists resisted the project by making counterclaims to vacant land as an urban commons, Safranksy presents their argument that the land is inhabited not empty and that it belonged to those who labored upon and suffered for it. Combining community-based ethnography with insights from critical property theory, critical race studies, and postcolonial theory, Safranksy argues that land struggles in Detroit are more than distributional conflicts over resources, and posits that they are inextricable from debates over notions of race, property, and citizenship that undergird modern liberal democracies and ongoing struggles for decolonization.

Finally, the Journal of the Royal Anthropological Institute has first published online an article entitled ‘Women, warfare, and the life of agency: Papua New Guinea and beyond’ by authour Francesca Merlan. ‘Agency’ entered anthropological discourse as a key word from the 1970s in renewed social-philosophical theorizations (e.g. ‘structure and agency’) as major deterministic theories (e.g. Marxism, structuralism) became less persuasive. It came to play an increasing role in ethnography. Though agency, too, has been partly replaced in some of its earlier semantic range, it has been more fully retained in some areas of usage than others, especially in analyses of subordination in the face of power. This article specifically considers several different conceptualizations of agency. Ethnographically, Merlan focuses on the differing forms of action of women in two episodes of warfare in the Highlands of Papua New Guinea. In contrasting these, Merlan concurs with critiques of approaches to ‘agency’ that turn it into a (liberatory) abstraction, and proposes a view of agency as lived relation of intervention and involvement in social action, inherently linked to values and constraints. The combination may be, but is not always, liberatory. The article considers the life and (partial) expiry of agency as a term of social science art.

As always, we welcome your feedback. If you have any suggestions for journals we should be keeping tabs on for this feature, or if you want to call our attention to a specific issue or article, send an email to anthropoliteia@gmail.com with the words “In the Journals” in the subject header.